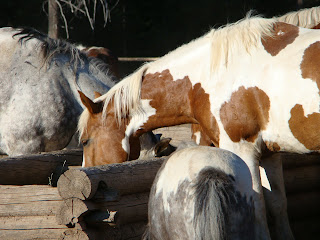 I got my first horse at the age of six, and have never been without one since. I first had an ancient bay mare, and then as time went on, I would ride down three miles of Minnesota gravel roads to visit the local horse trader. He and I would dicker, and I gradually “traded up” to younger and better horses. He was an honest horse trader, but when I got into my teens and could earn money from part-time jobs, I got into registered quarter horses… and then I started to encounter people who were not quite as honest as old George. “Buyer beware” was certainly a phrase to take to heart!

So when I eventually got married and moved to another state, I wasn’t nearly as trusting as I’d been in grade school…but then I met a busy horse trader in the area. Verne Upmier was one of those rare, good souls who was truly honest, and who stood behind every deal he made.

If a match between horse and new owner didn’t work out, he would go out with his trailer to pick up that horse, give a refund, and take the horse. Not many old time horse traders were like Vern! And going to his farm was exciting business, to be sure. In his heyday, he had horses coming and going in a constant stream, because everyone knew about him. And if you went out there, saw a good horse and thought you wanted it, you had to be quick! If you didn’t take it, you could bet that it would be gone in a day or two to someone else.

Verne was not only an experienced horseman, but he was a wonderful storyteller with a wry wit and a delightful twinkle in his eye. Back in the mid 1990’s I wrote a series of articles about him for The Horse Show Times, a Midwest regional horse magazine, and never ceased to be charmed by the stories he told. He died a few years ago, and his passing was a true loss to the horse community in our part of the state.

I was cleaning out my office closet this afternoon and came across a stack of those old magazines, and found myself caught up in his stories once again. They were written on a Packard Bell computer–a wonderful gift from my friend Judy, who owned the magazine–and on with Wordstar (anyone here remember that one?) Those computer files on the giant floppies are long gone. I’m going to start posting some of his stories here, as I get them re-typed, so those of you who are horse lovers can enjoy a taste of an old-timer’s recollections of days gone by as a horse trader. So stay tuned!