Snowflake: Playing Cats As Cats Can By Donn Taylor 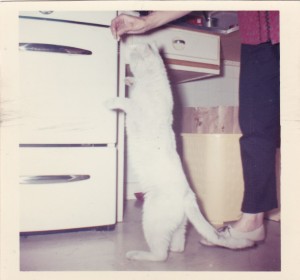 We’d been stationed in Verdun, France, for about four months when we inherited a white tomcat named Snowflake. I say “inherited” because he’d belonged to my boss’s family (or vice versa), and they were rotating back to the States. They’d inherited him from a family that rotated a year or so before them. In their turn, they took their furniture with them, but not their cat.

So Mildred and I, with our three and soon-to-be-four children, inherited the duty. Snowflake knew exactly what he wanted and when he wanted it. When he wanted to go out, he’d go to the door and stand. If we didn’t respond, he’d give a discreet “Meow” to remind us. His vocabulary was not large, but his infinite variations in tone expressed his infinite variety of moods.

One night he’d been asleep and we forgot to put him out for the night. We were just dozing off when this ball of 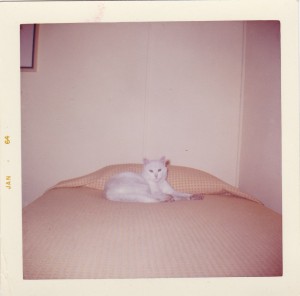 white fur landed in the middle of our bed with a horrendous yowl. Needless to say, we arose and obeyed his command. Each morning when he was ready to come back in, he’d be perched in the kitchen window waiting for one of his servants to show up. When we went on leave, he politely showed up in our next-door neighbor’s kitchen window.

He also had a habit of disappearing for two or three days. Then he’d return, looking like he’d been run through a blender. Once when we’d been gone for several days, we returned to find all in good order except that Snowflake was nowhere to be found. We asked our French maid where he was, and she replied with a single word: “l’amour.” Next day he reappeared in the kitchen window and all was normal again.

We’d read about and enjoyed the cat in Robert Heinlein’s sci-fi novel The Door into Summer. On the first snow of the year, Heinlein’s cat would not go outside until he’d seen that snow lay outside every door of the house and that no door opened into summer. When snow came to us in Verdun that year, Snowflake followed that example. We don’t know if he’d read Heinlein’s book, but he did refuse to go out until he’d proved that every door opened onto snow. So we resurrected that book and enjoyed it again. 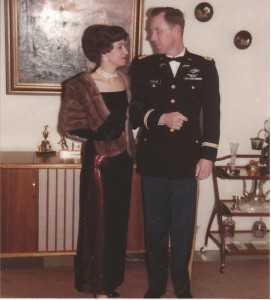 When our furniture was shipped for our return to the States, we handed Snowflake over to a neighbor and moved into temporary quarters. On our final day, the neighbor reported that Snowflake had left and taken up residence in a nearby French village. We never doubted what had happened: that intelligent cat had quit wasting his time on short-lived American servants who disappeared every two years.

So he’d employed new servants among the French, who apparently had longer life spans than the Americans. We never saw Snowflake again, but fifty years later he still holds a special place in our family memories.

Here’s an Amazon link for Donn’s new book: Lightning on a Quiet Night 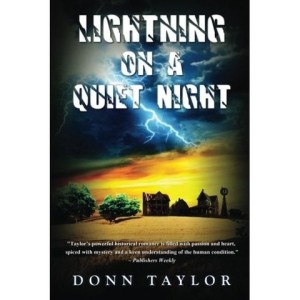 Lightning on a Quiet Night
by Donn Taylor
released November 3, 2014,
Lighthouse Publishing of the Carolinas.

Publishers Weekly’s review comment on the novel: “Taylor’s powerful historical romance is filled with passion and heart, spiced with mystery and a keen understanding of the human condition.”

In the years following World War II, a town too proud of its own virtues has to deal with its first murder. Despite the implications of this crime, the town of Beneficent, MS, population 479, tries desperately to hold onto its vain self-image. The young veteran Jack Davis holds that idyllic vision of the town and tries to share it with Lisa Kemper, newly arrived from Indiana. But she is repelled by everything in town. While the sheriff tries to find the murderer, Jack and Lisa’s contentious courtship reveals the town’s strange combination of astute perceptions and surprising blind spots. Then they stumble onto shocking discoveries about the true nature of the town. But where will these discoveries lead? To repentance? Or to denial and continuation in vanity? 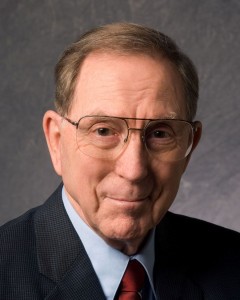 About the author: Donn Taylor led an Infantry rifle platoon in the Korean War, served with Army aviation in Vietnam, and worked with air reconnaissance in Europe and Asia. Afterwards, he completed a PhD degree at The University of Texas and taught English literature at two liberal arts colleges. His published works include three suspense novels and a book of poetry. He is a frequent speaker at writers’ conferences. He lives near Houston, TX, where he writes fiction, poetry, and essays on current topics.”