I can’t imagine a life without pets. I’ve loved animals since I was old enough to understand the difference between a toy cat and the real deal.  I’ve lived with cats, dogs, hamsters, rabbits, fish, gerbils, guinea pigs, birds, and horses, though the horses lived in the barn – thank goodness. My life is better for sharing it with a variety of creatures, and since I can’t fathom a day without animals in it, my characters also share the pages with lovable critters. 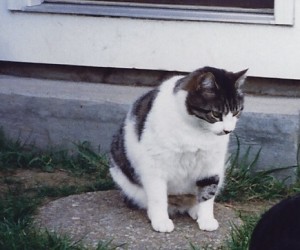 In my upcoming release, Shenandoah Dreams, I couldn’t resist the chance to bring to back life, if only for the length of the story, a few of my former companions. Spike, the twenty-two pound cat with the sixth-sense and an appetite for grilled salmon, showed up on Melissa Smith’s doorstep six years earlier. In real life, Spike was a cat I adopted nearly thirty years ago. I was fresh out of college, working my first journalist job, and in need of a companion. I drove to the nearest animal shelter two towns over, and fell head over heels for a large white kitty.

My Spike was declawed, but he could hunt, climb trees and jump up on my horse’s back as well as any other farm feline. Both Spikes, mine and Melissa’s, were affectionate and voracious eaters, though I’ve never grilled salmon for any of my cats. 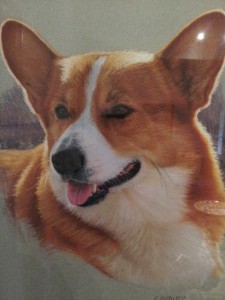 One of Spike’s best friends on our small farm in Virginia was my first dog, a Pembroke Welsh Corgi named Bandit. Those two would run and play together until they were both exhausted. Some nights I would be laughing so hard my stomach hurt as I watched them chase each other around the coffee table running what I called the “Corgi Circle.”

Bandit was my most special dog ever, maybe because he was my first, but most likely because he was a great dog. Though short in stature, Bandit was big in heart, spirit, and sense of adventure. I showed him in obedience, agility, and conformation classes. He won ribbons in them all, but what he really succeeded at was loving me. He was by my side day in and day out, and when my daughter was born, Bandit decided that guarding Kayla, playing with her, and always keeping her in his sight was his new job. Neither his joy, nor pride, ever faltered when Kayla dressed him up in pink skirts and baby doll clothes. Bandit was the dog of lifetime, and though we’ve had other dogs since, I doubt there will ever be another quite as special as Bandit.

When I began writing Shenandoah Dreams, I knew I was going to call Melissa’s cat Spike. Remembering what good friends Spike and Bandit had been, I wanted to somehow bring Bandit into the story too. The captain of my 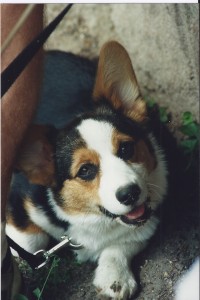 fictionalized Shenandoah has always sailed with his dogs, just as his real-life counterpart, Captain Robert Douglas, does aboard the modern-day Shenandoah that sails from Martha’s Vineyard. Captain Douglas has two Jack Russells that he brings onboard. (You can see pictures of them on my website.) In my story I changed the Jack Russells to Corgis. I ran a contest on my author Facebook page asking readers to help me name the dogs. Noah, is a red and white male, who is Bandit incarnate. Cassie, the black-headed tri, is based on my sweet Willow who delivered two litters from Bandit.

Visualizing the dogs and the children in the book interacting brought back wonderful memories of Bandit and Willow. Writing them into scenes they never lived during their lifetimes allowed me to experience my beloved puppies in a new setting, with new people, and gave me new impressions to remember them by. I’m so glad I could include three of my special friends in the final book in my Winds of Change trilogy.

What pets have you owned? Has one touched your heart more than others? 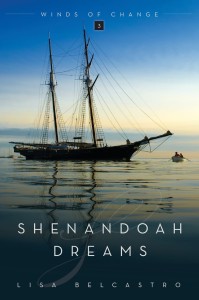 What if she met the man of her dreams…in another century? Tisbury, Massachusetts, Martha s Vineyard. It s just a dream, Melissa Smith whispers as she stares into the intense eyes of a man dressed in Colonial clothes, as though stepping out of an American Revolution movie set. A school chaperone with Holmes Hole Elementary, she d boarded the old schooner Shenandoah for a weeklong educational sail. But they are not visiting Plimoth Plantation, the Boston Tea Party Museum, or the Concord Bridge reenactment. They re sailing the waters around the island of Martha s Vineyard.

Yet, when she awakes in Cabin 8, the captain claims to be Isaiah Reed, who sailed the original Shenandoah in the eighteenth century. He cannot possibly be real, Melissa thinks. And traveling back in time is impossible. But days pass, and she s still in 1770. What if Isaiah, who is simply too handsome to be real, is real? What if the fire he ignites in her from barely a touch isn t in her imagination? Can a dream last for weeks on end? If so, how will she find her way home…to the twenty-first century? And can she bear to leave the one man who has captured her heart, when everything in her longs to stay? A Vineyard Romance Romance, history, adventure. Get swept into the exciting Winds of Change series.