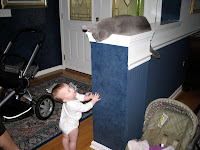 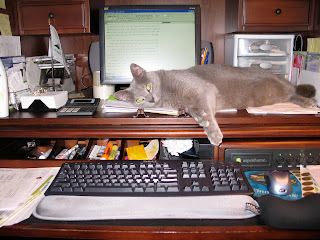 Dogs, Cats, and a Visit with Author Merrillee Whren!

Throughout my life I have had pets—mostly cats and dogs, but there were some hamsters, turtles, fish and birds thrown in. Today I’d like to share a little about some of those pets.

Pepper was the dog we had for nearly eighteen years. He was rescued from our local Humane Society, when we lived in Georgia. He was a mix of terrier, dachshund, and poodle, but looked like a terrier. Everyone in our family has at least one Pepper story to tell. My favorite is the time my husband almost hanged the dog. I was in the driveway vacuuming out my car and had Pepper

leashed to the handle of the garage door. My husband came into the garage and punched the button that opened the garage door and proceeded to get into his car. He suddenly saw the dog slowly rising off the ground along with the garage door. He yelled at me, but I couldn’t hear because of the vacuum cleaner. He raced to catch the dog before he choked. There were times when my husband wondered why he saved the dog, especially the evening that he stole my husband’s dinner off the table. We never dreamed that when we plucked that little black dog from the cage at the Humane Society that he would still be with us when our kids were gone from home.

Pepper was the only pet for a while, but he learned to share the house and even a bed with a parade of cats that came and went in our household. First, there was Mittens, who ran away when we moved from Georgia to Massachusetts. Then there was Bubba Joe and Allie who joined us in Massachusetts. The three animals moved with us when we went to Texas and then again when we moved to Illinois. There’s nothing like having two cats and a dog in the car, while driving cross-country. When we lived in Illinois, Bubba Joe succumbed to a weakened heart as a consequence of kidney disease. That left Allie and Pepper, who became the best of buddies.

Allie was lost when Pepper died. About that time our younger daughter moved to Florida to attend college, and I brought Allie to Florida. My daughter decided that Allie was lonely and got a little gray kitten she named Nomar, after Nomar Garciaparra who used to play for the Boston Red Sox, my daughter’s favorite baseball team. The little gray kitten grew into a BIG gray cat. Allie accepted Nomar even when he tried to eat her food. Eventually, our daughter graduated and moved, leaving the cats behind. Allie’s health failed, and she died. That left us with Nomar, who is our last remaining pet. He loves to lie on my desk while I write, as you can see from the photo.

Over the years, our pets have brought us much laughter as well as tears. Do you have a story to share about one of your pets? 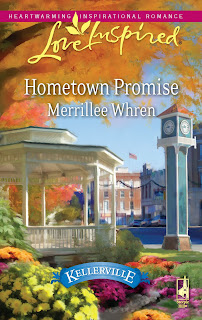 Hometown Promise,
Steeple Hill
Feb. 2010,
RT:  4 STARS
For six years Lukas Frye has fought to regain control of his reckless life. He comes to Kellerville, Ohio, hoping to settle down and be the man his ailing grandfather can depend on. Lukas thinks he can put down roots in a place unsullied by his past–until he sees Juliane Keller. Juliane knows the secrets that could ruin his chance of being accepted in the place he wants to call home. But she isn’t just a reminder of his past; she’s a woman with secrets of her own–and a heart capable of the forgiveness and  love