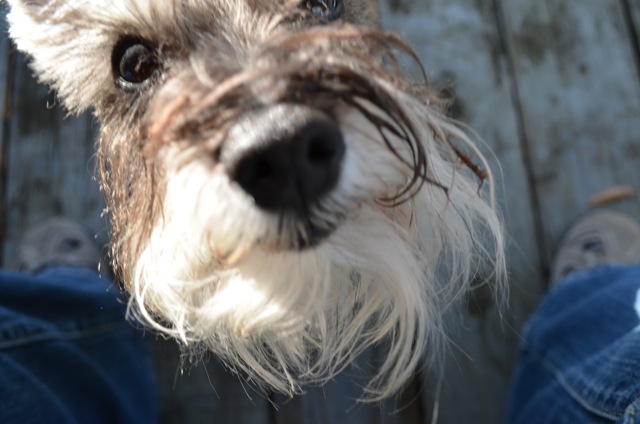 Baxter has very little stress beyond whether his water bowl stays full, his food bowl is consistently replenished, and his trips outside are not withheld.

Unfortunately, this fellow has one rather annoying habit. He likes to walk a half-step ahead of me while looking back to be sure I am following.

Not the best way to make progress of any kind. In fact, life would be much less complicated if Baxter would just let me do the leading while he does the following. I said this recently. Aloud. Yes, to a Schnauzer. And as the words left my mouth, I was struck with the thought that maybe I am guilty of the same thing.

How many times have I gotten ahead of God only to realize He wasn’t having any of it? How many more times did I think I knew exactly where God was going–or what He was going to do–only to realize I was nowhere near close in my guess? Just as Baxter sometimes barks when there’s nothing there, I too, let nothing (in the form of fear, worry, angst, or just plain imagination) grab my attention and hold it.

For all his foibles, Baxter has another side to him, a loyal and faithful side that I adore. Where I am, Baxter wants to be. My return from a brief trip away sends him into a crazy dance of joy that requires several rooms of the house to adequately perform. My presence is his source of joy and comfort.  So, the thought struck me: what if I looked at my relationship with God like that? What if I found contentment and joy merely in resting in his presence? What if I followed Him rather than leading? What if…

I learned something years ago about this journey called the Christian life. The more I learn about the Lord, the more I realize how much I do not know and how very far away from any sort of perfection I am. That knowledge is sobering. Humbling.

As 2012 closes and 2013 begins, many are dusting off their resolution lists and coming up with their word-of-the-year or making their promises of improvements to themselves and others. I think this just might be the year to follow a different course, a simple plan of finding rest and reverence. And for that, I can thank my Schnauzer.

I wish you could all meet Baxter.

AND HERE IS KATHLEEN’S NEWEST RELEASE! 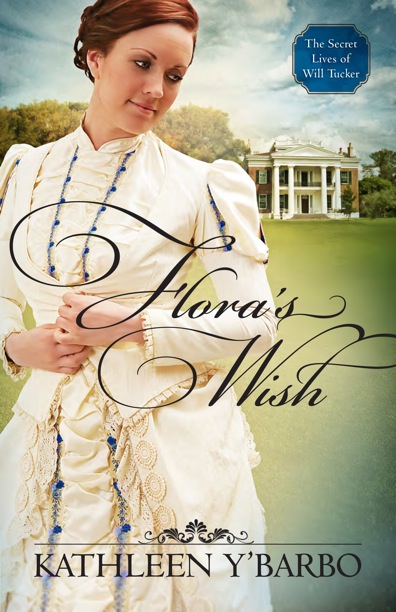 There is no gadget that ingenious Pinkerton Lucas McMinn can invent to rid himself of the Natchez heiress “Fatal” Flora Brimm and her ridiculous idea that the man Lucas intends to arrest for murder is the same fellow she will wed in order to save her family’s plantation. McMinn is hot on the trail of Will Tucker, the thief who broke his sister’s heart. When he discovers the slippery fellow with Flora, he thinks they are in on the devious plot together. Will Flora be able to convince Lucas of her innocence? Will Lucas catch the elusive Mr. Tucker? you like your historical romance Southern with a dash of steampunk, you’ll love this one!
Pre-order: Christianbook.com Barnes & Noble Amazon