Author Lyn Cote writes wonderful books in all areas of Christian fiction–contemporary, romantic suspense, historical—and I enjoy teach and every one of them.  Her Texas Star of Destiny series has been just excellent–not to be missed! here’s the information for you!

Can a beautiful young widow find peace in the arms of a Texas Ranger?

In 1846, young widow Mariel Wolfe survived the grueling voyage from
Germany to start a new life in the “promised” land of Texas. Forced by
circumstances to become a servant, Mariel is now determined to quit a
harsh master. But how can a single woman face the frontier on her own?

Texas Ranger Carson Quinn is responsible for leading her party of
German immigrants safely through dangerous Comanche-held territory. As
he watches Mariel hold her head high in spite of everything, he will
stop at nothing to protect her.

But war is brewing: Mexico will not accept the U.S. annexation of the
young Texas Republic without a fight. Honor bound to fight for Texas,
Carson’s deepest longing is to lay down his rifle. As Mariel and
Carson fall deeply in love, could her painful past or this new war
destroy all their hopes? Will the tide of history sweep them far from
peace, far from a life together?

Lyn Cote
Her Abundant Joy 6-1-10
http://strongwomenbravestories.blogspot.com
Every woman has a story! Share yours.

Q & A for Her Abundant Joy by Lyn Cote

1-What caused you to choose early Texas as the setting for your “Texas Star of Destiny” series?
I enjoy writing about locales and periods where several groups come together for a sharp culture clash. Conflict is the essence of a good story and many different people trying to get along or not get along sets up a story rife with natural conflict.
Starting in 1821 Stephen Austin brought in Anglo-Americans to settle Spanish and the Mexican-held Texas.  Eastern Texas became the setting where Native Americans, mainly Comanche, Mexicans, and blacks (slaves and runaways), and Anglos clashed over who would be in control of the land. Part of my brand, “Strong Women Brave Stories” is that I like to write a multicultural cast. In this third and final book in the series, I stir German immigrants into the mix.

2-How do you handle the 19th century political incorrectness?
I resist the pressure to sanitize history. If I portray the 19th century as it really was, it is difficult not to offend the 21st century reader. Yet I still endeavor to portray the low status of women and racial prejudice of the 19th century. I had a reader say in a review that my stories had 21st century values. That’s not really correct. My stories have characters who are at odds with their times, another characteristic common to my historicals. My heroines are usually crusaders far ahead of their times who won’t cave in to the pressure to conform (another source of conflict). I don’t like historical novels that don’t even try to show how society was different in the past.

3-What was the most interesting fact you didn’t know about Texas BEFORE you started writing this series?
I hadn’t realized that over 30,000 Germans immigrated to Texas in the mid-1840’s. The area around New Braunfels, Texas, still celebrates this German heritage with some original stone houses, German food and polka bands—really!

4-What do you hope your readers will take away after reading this book and the first two in the series?
Her Abundant Joy features a German widow Mariel Wolffe. She is a heroine who will tug at a reader’s heart (I hope!) And her hero, Carson Quinn, the son of the hero and heroine in the first book, is a man that should melt hearts. He’s not just a handsome face. He has faced frontier life and learned to survive with honor, no small accomplishment.

They find themselves–just as we do today in the face of terrorism–in the middle of a war. Their personal desires and plans must give way to the winds of war. But God is still there with them. I gave my editor a choice of two titles taken from Psalm 37 (all 3 titles are). She chose Her Abundant Joy. The other was Her Man of Peace. I think that this reflects the theme of the book. Carson longs for peace but is forced into war.

The humble shall inherit the earth; and
shall delight themselves in the abundance of peace….
Mark the perfect man, and behold the upright:
for the end of that man is peace. Psalm 37: 11, 37 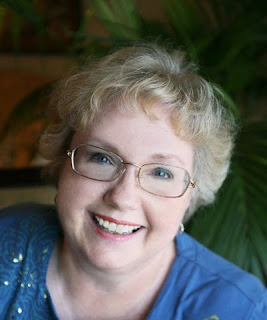 When Lyn Cote became a mother, she gave up teaching, and while raising a son and a daughter, she began working on her first novel. Long years of rejection followed. Finally in 1997, Lyn got “the call.” Her first book, Never Alone, was chosen by Steeple Hill for the new Love Inspired romance line. Since then, Lyn has had over twenty-five novels published. In 2006 Lyn’s book, Chloe, was a finalist for the RITA, one of the highest awards in the romance genre. Lyn’s brand “Strong Women, Brave Stories,” always includes three elements: a strong heroine who is a passionate participant in her times, authentic historical detail and a multicultural cast of characters. Lyn also features stories of strong women both from real life and true to life fiction on her blog http://strongwomenbravestories.blogspot.com Lyn also can be found on Facebook, Twitter and Goodreads. Drop by and “friend or follow” her. Now living her dream of writing books at her lake cottage in northern Wisconsin, Lyn hopes her books show the power of divine as well as human love.
Her latest release is Her Abundant Joy, the final book in her Texas Star of Destiny series, to purchase drop by her website or blog http://strongwomenbravestories.blogspot.com.

If you are reading this on Facebook, it has come from Roxanne Rustand’s  “All creatures great and small blog” at http://roxannerustand.blogspot.com.  Come on over and say howdy!